Masterpiece of the master – beautiful “Bouquet” (size 2, 30 m x 1, 68 m) embroidered in satin-stitch. Each flower embroidered separately at first and then skillfully assembled in bouquets. After assembling the bouquet fully embroidered, the master carefully worked out the details. Noteworthy, it took Shams Uddin 1000 hours to create Bouquet, and he did it for 11 years. Also, for the vase the craftsman used precious and semi-precious stones weighing a total of 20 karats. 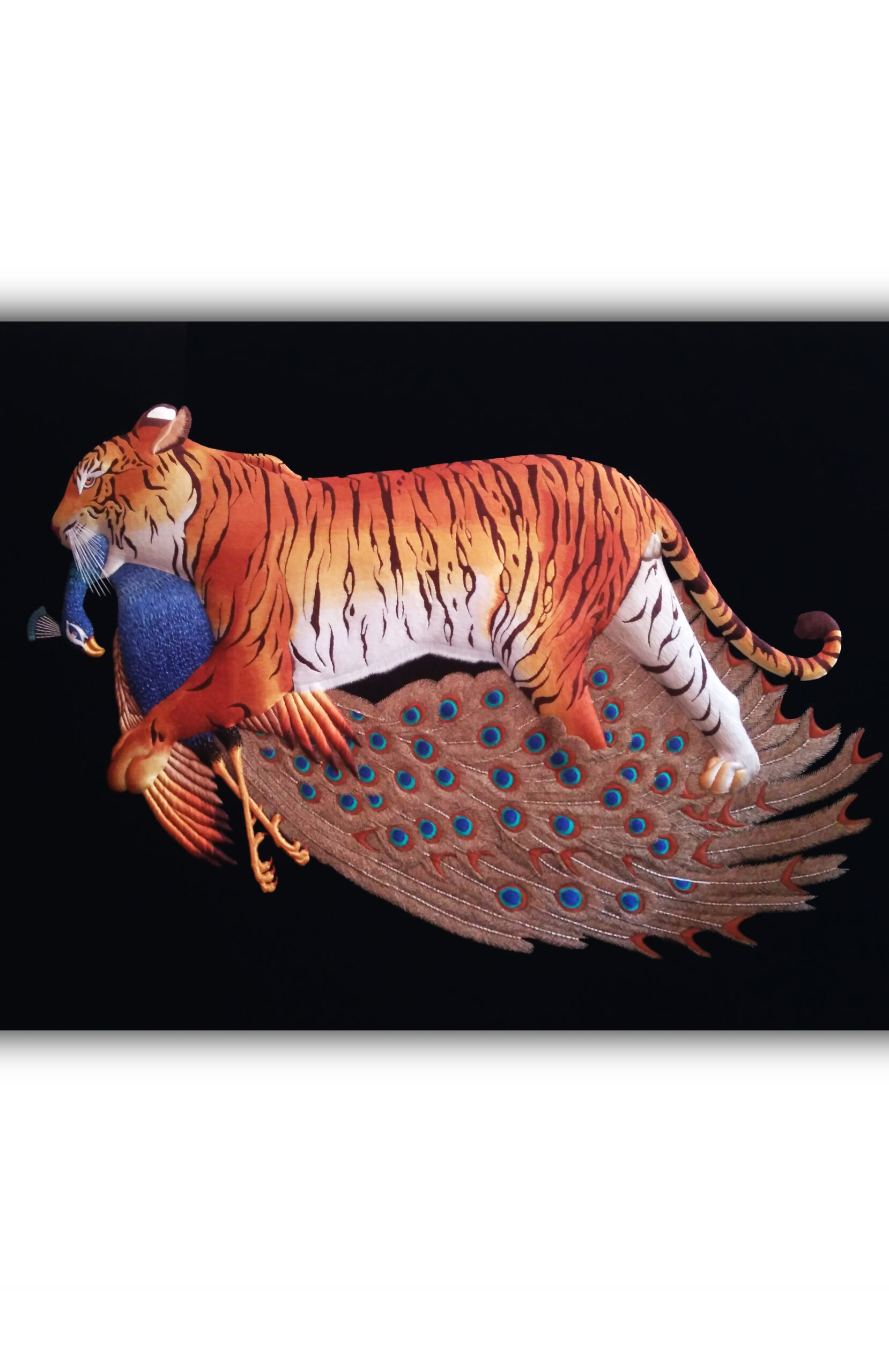 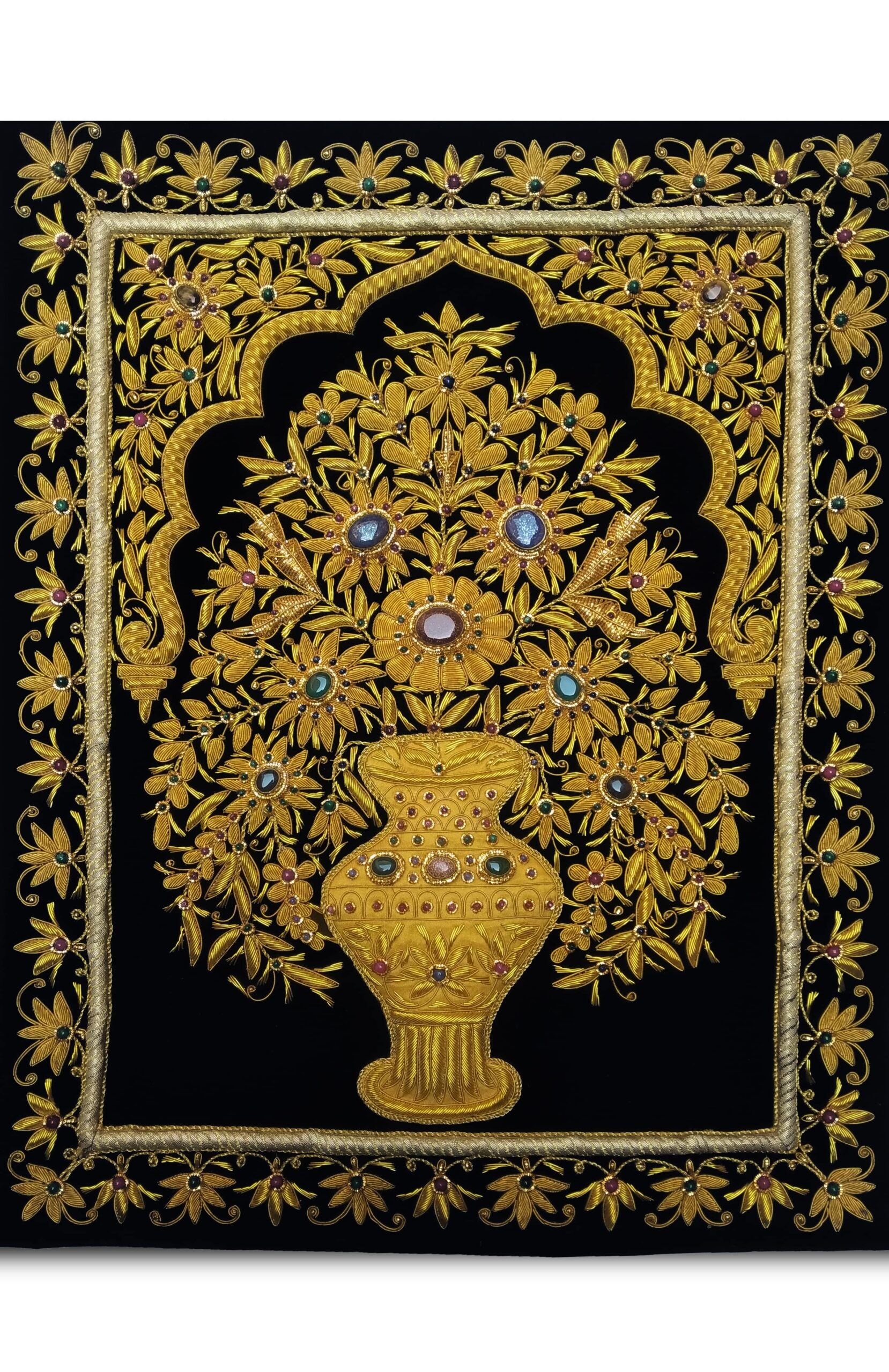 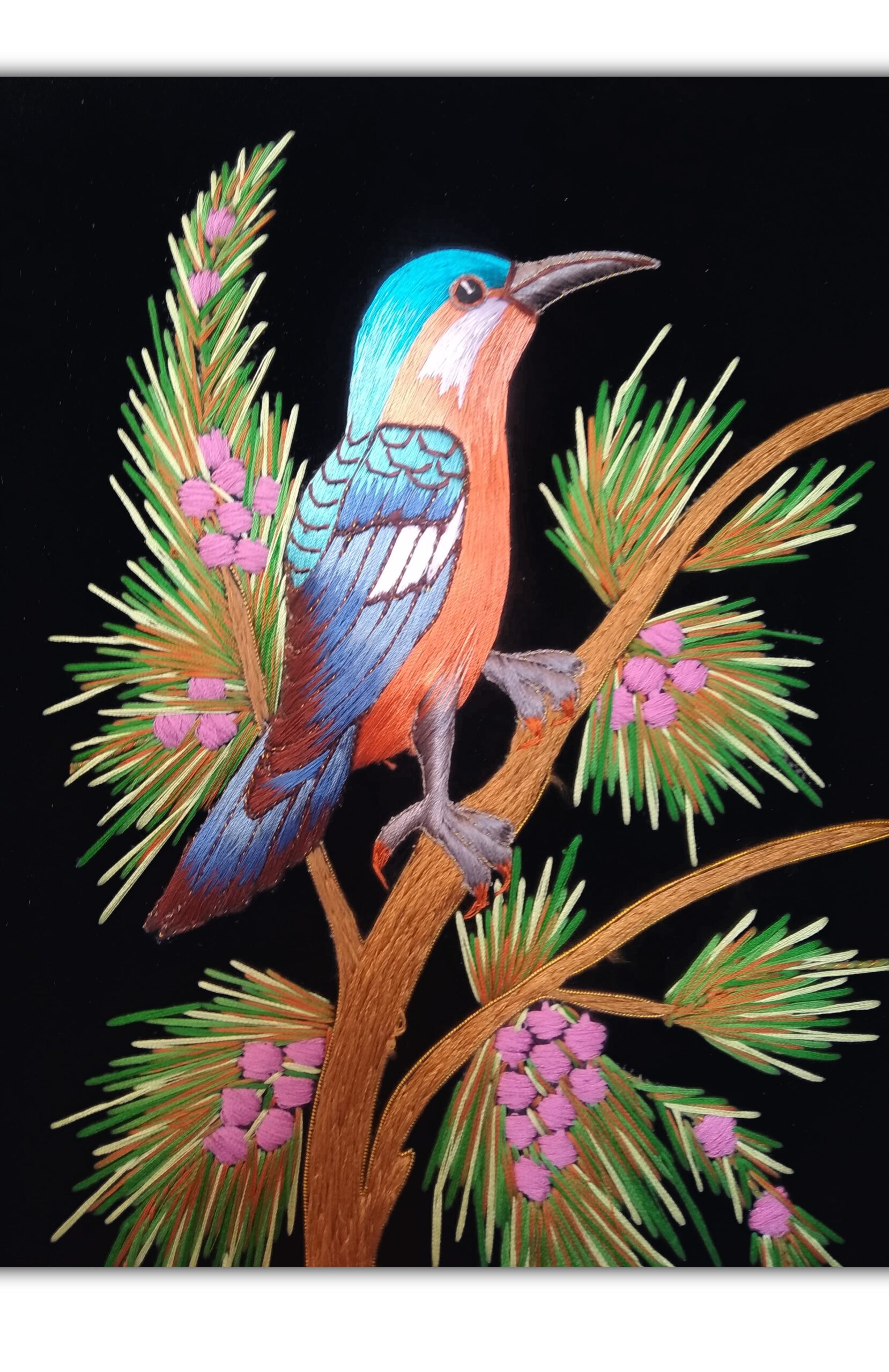 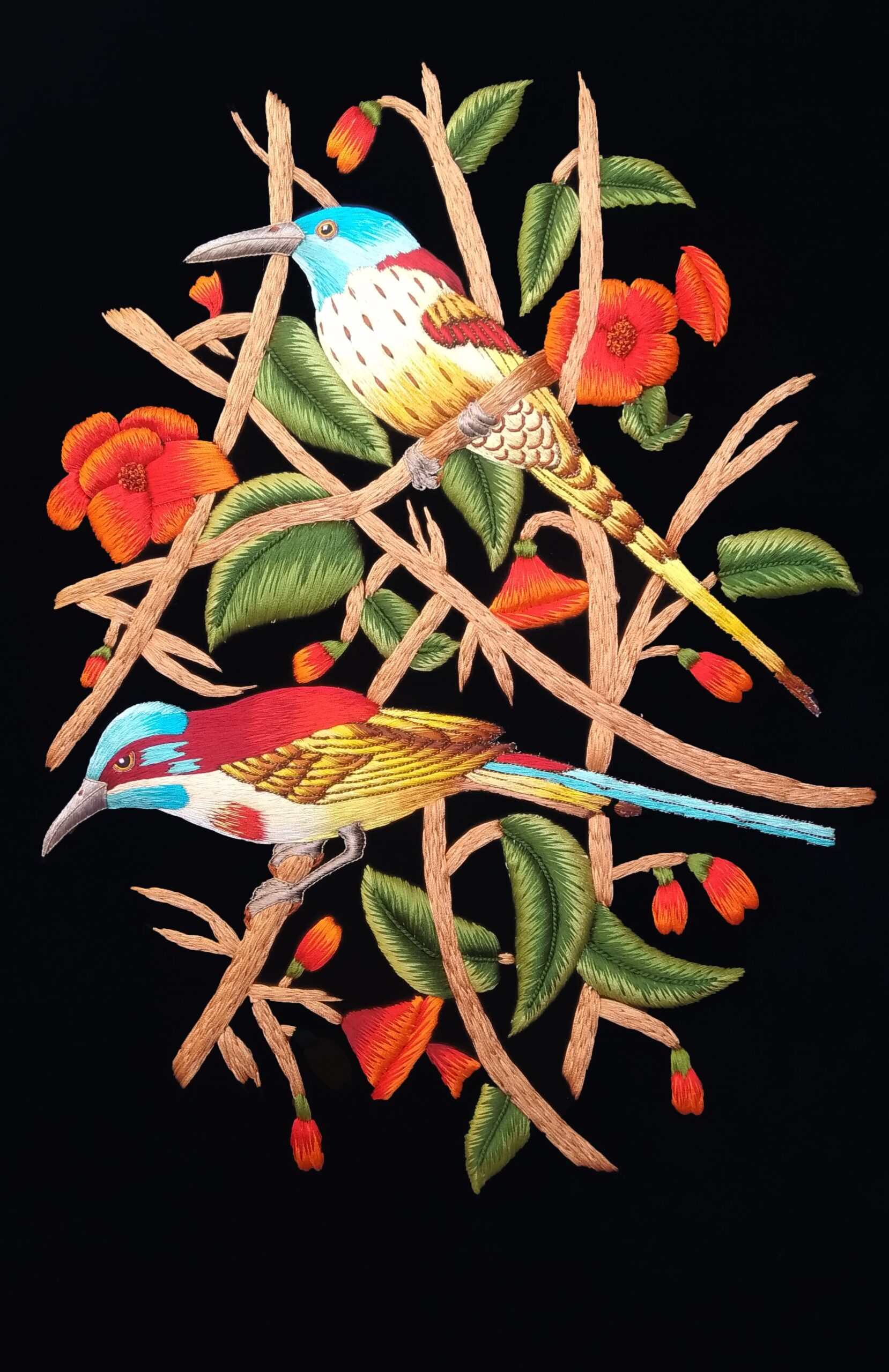 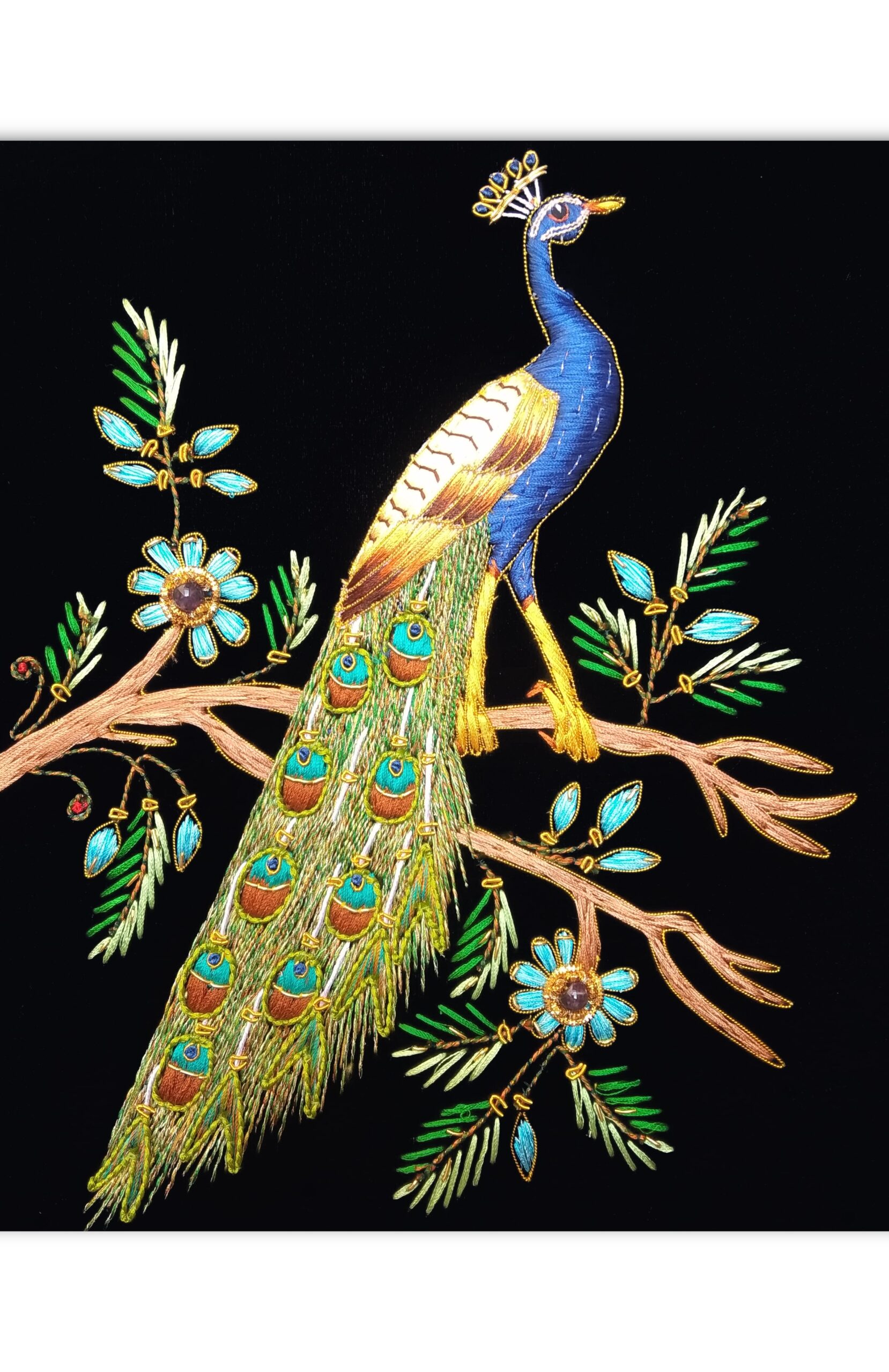 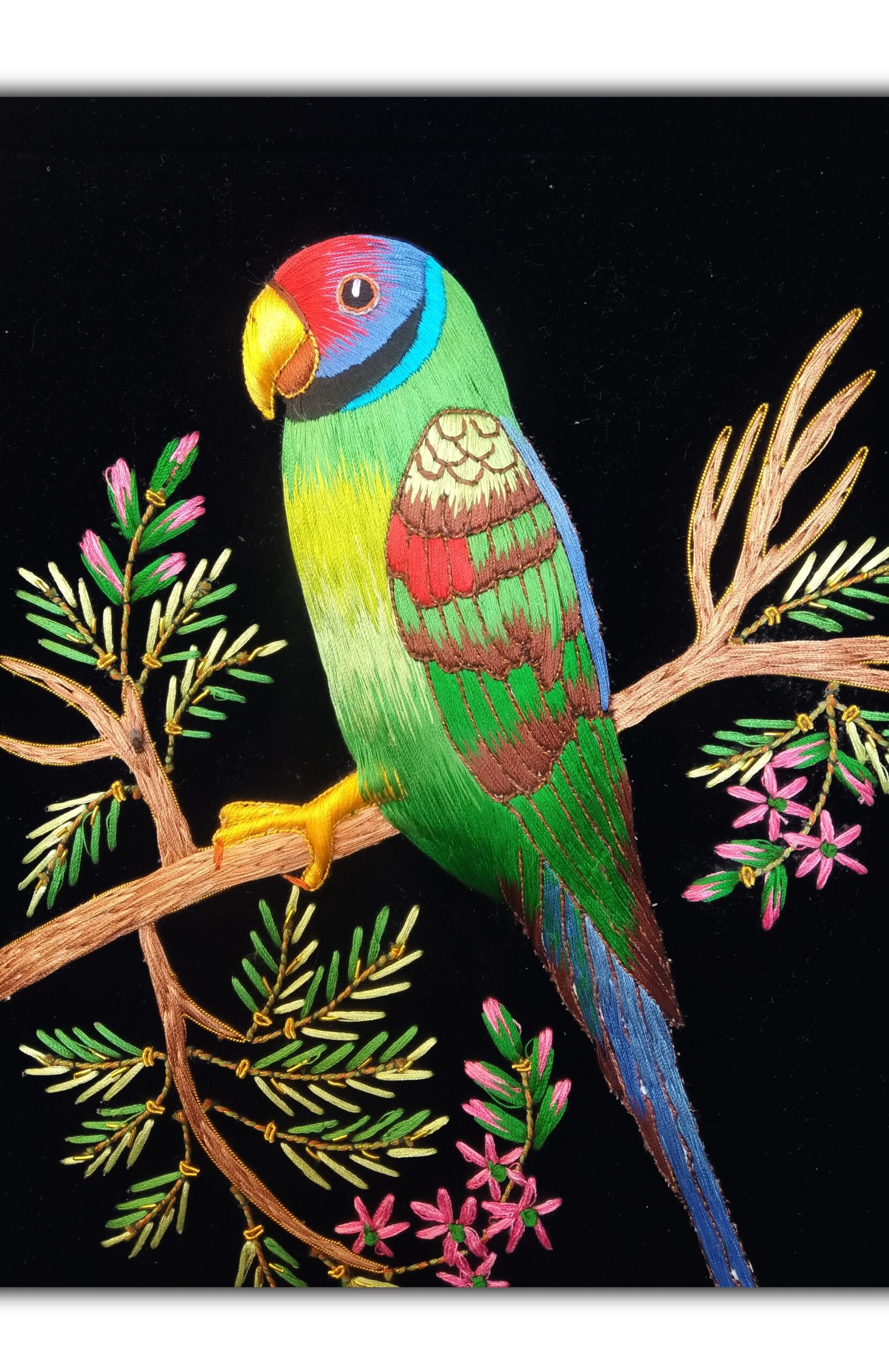 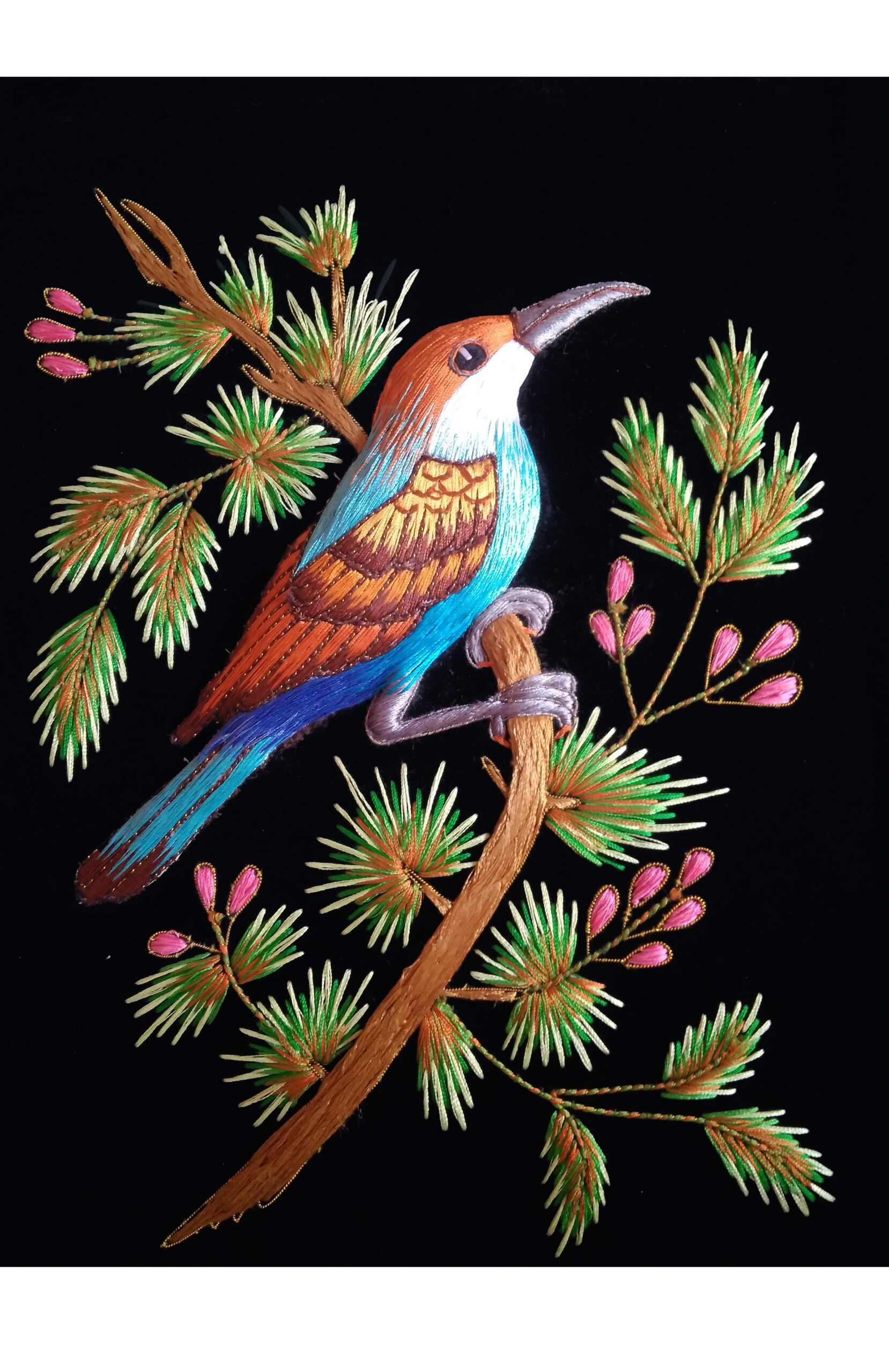 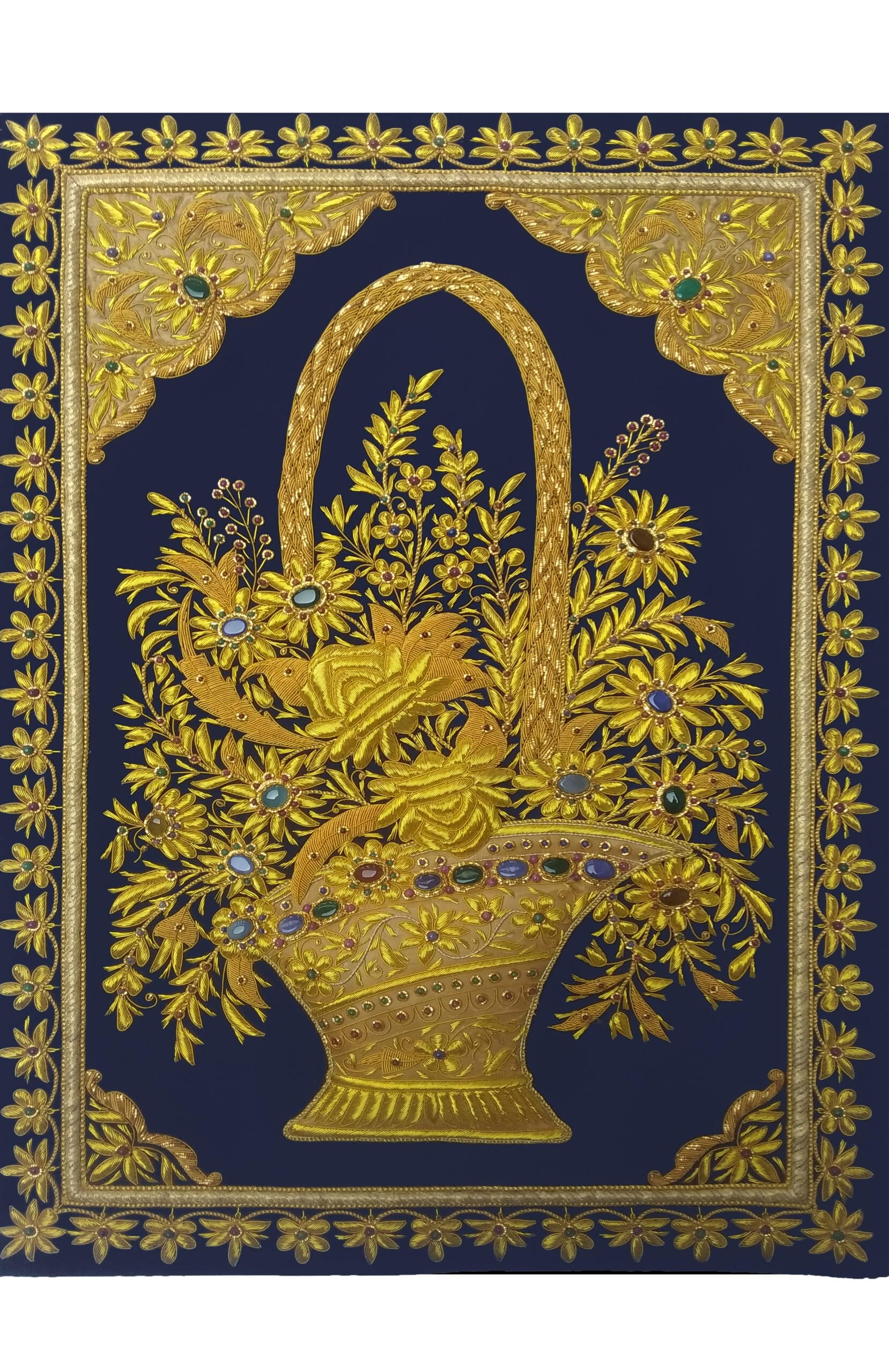 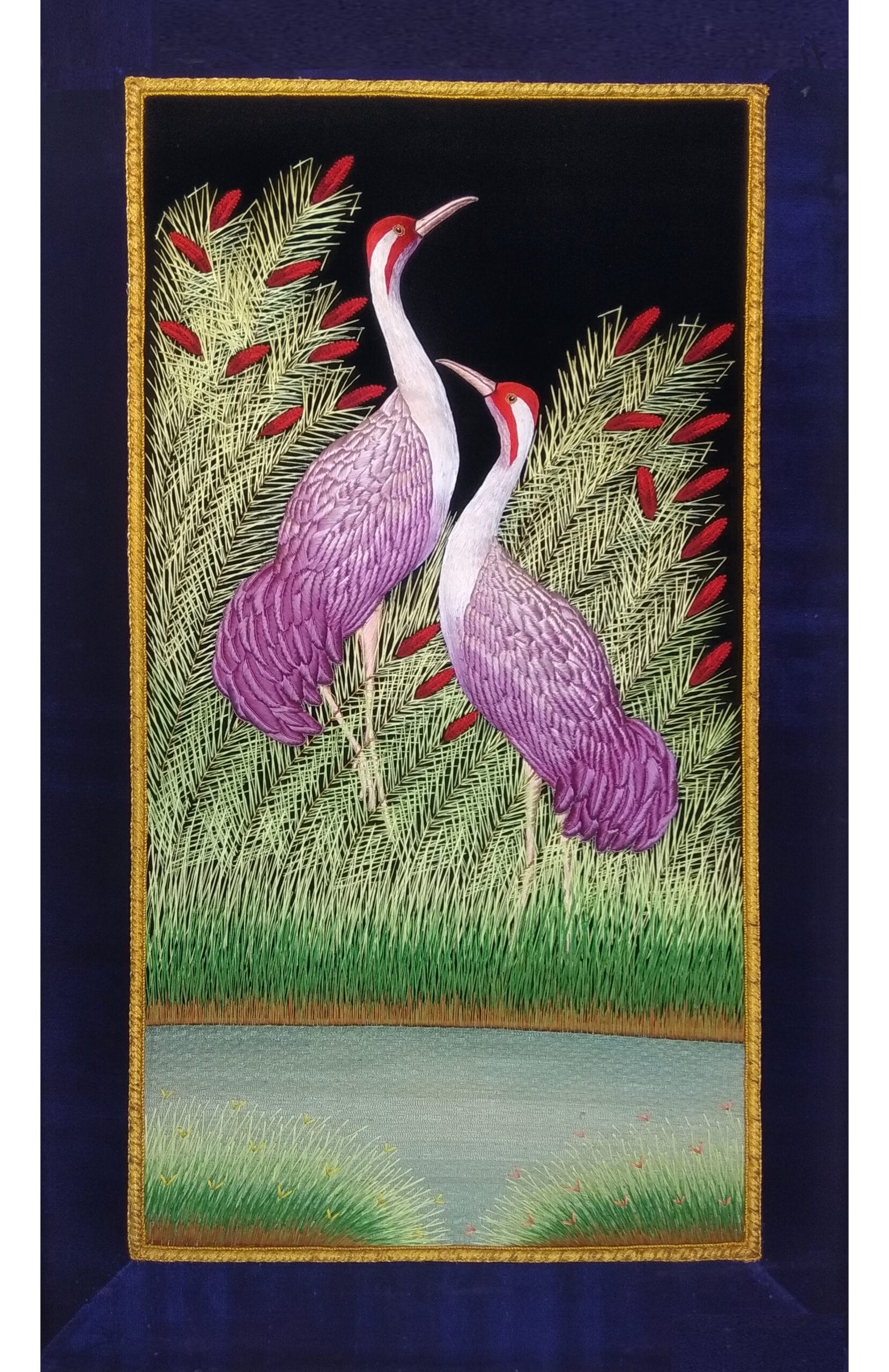 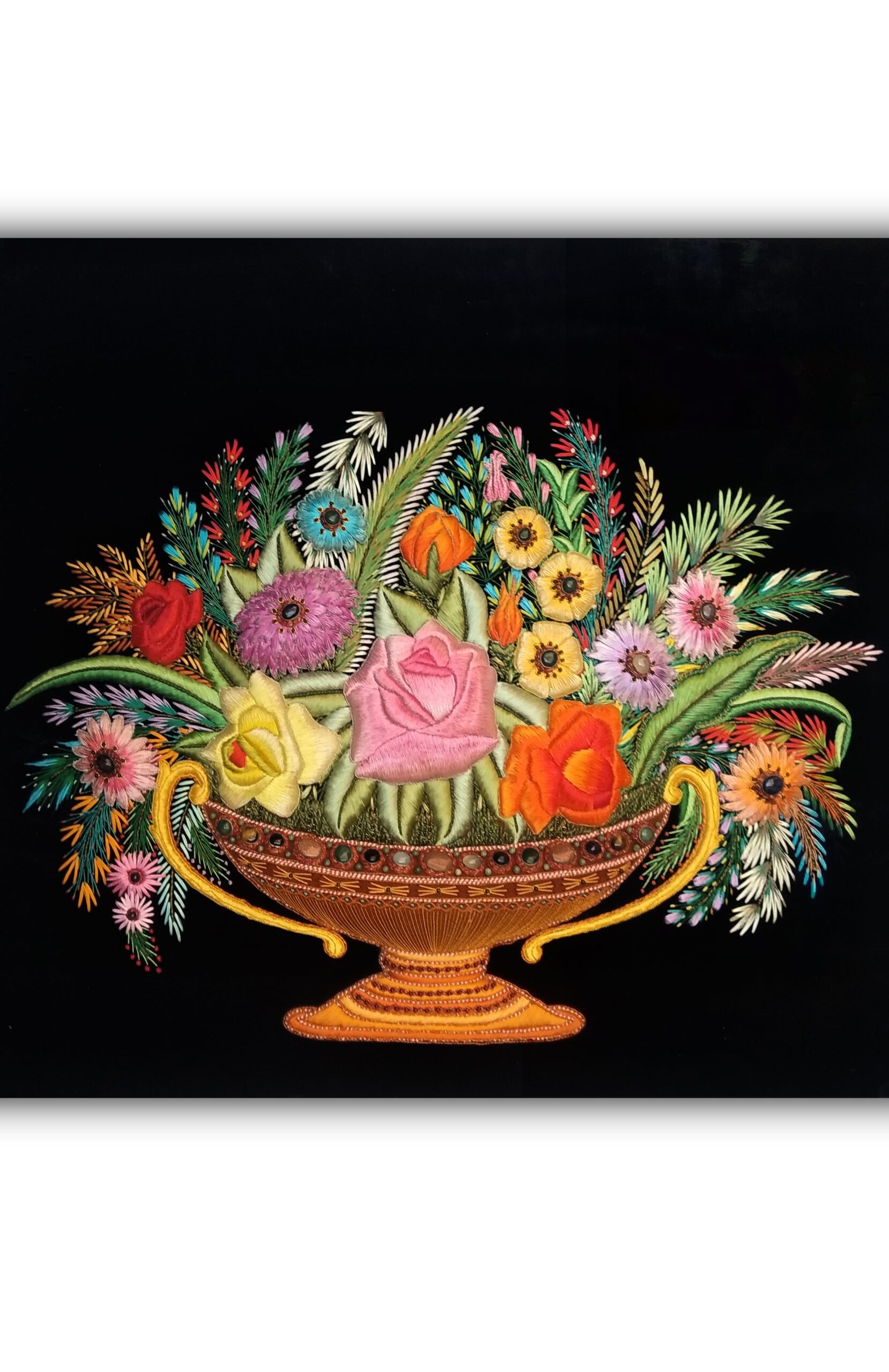 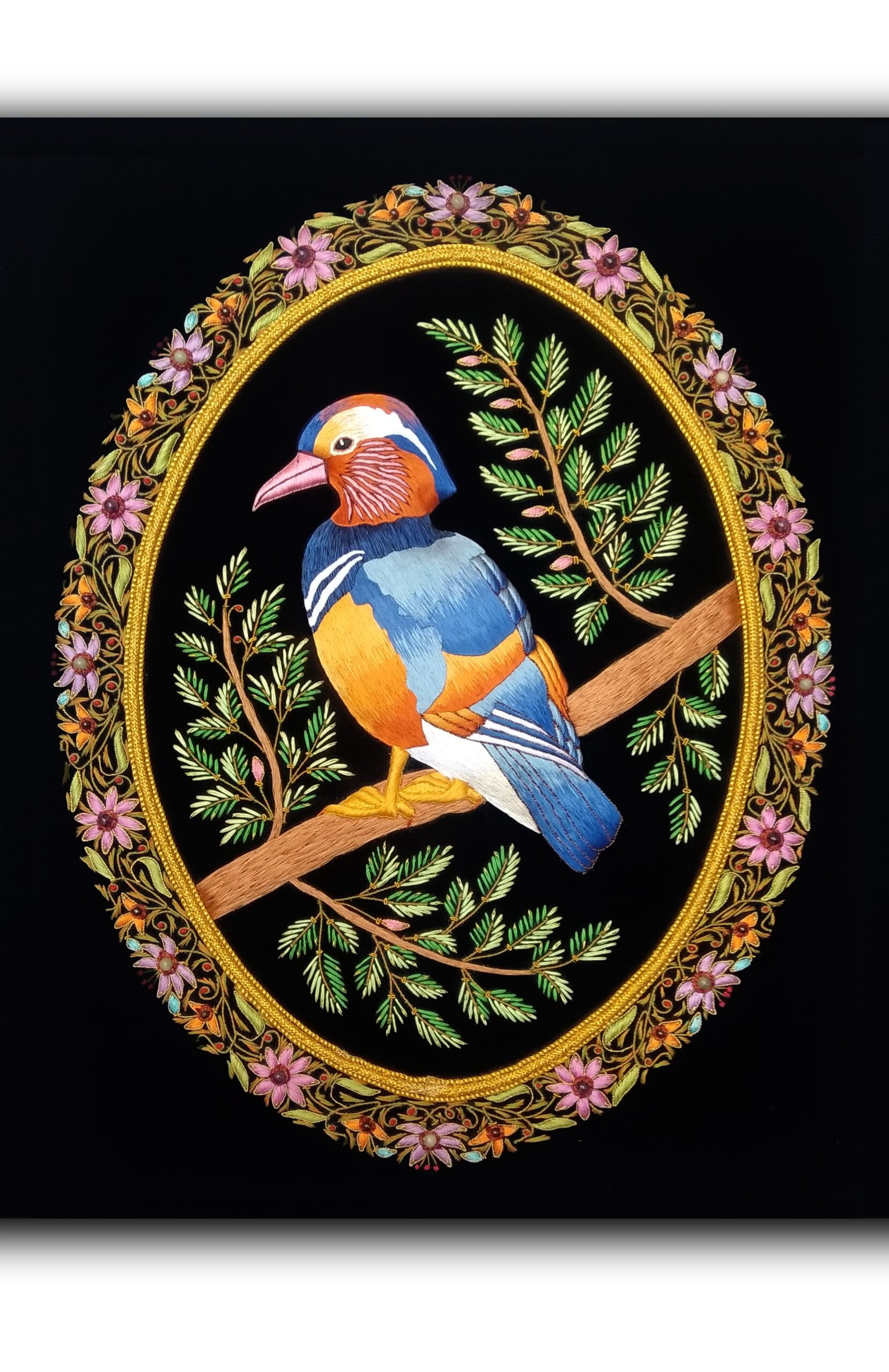 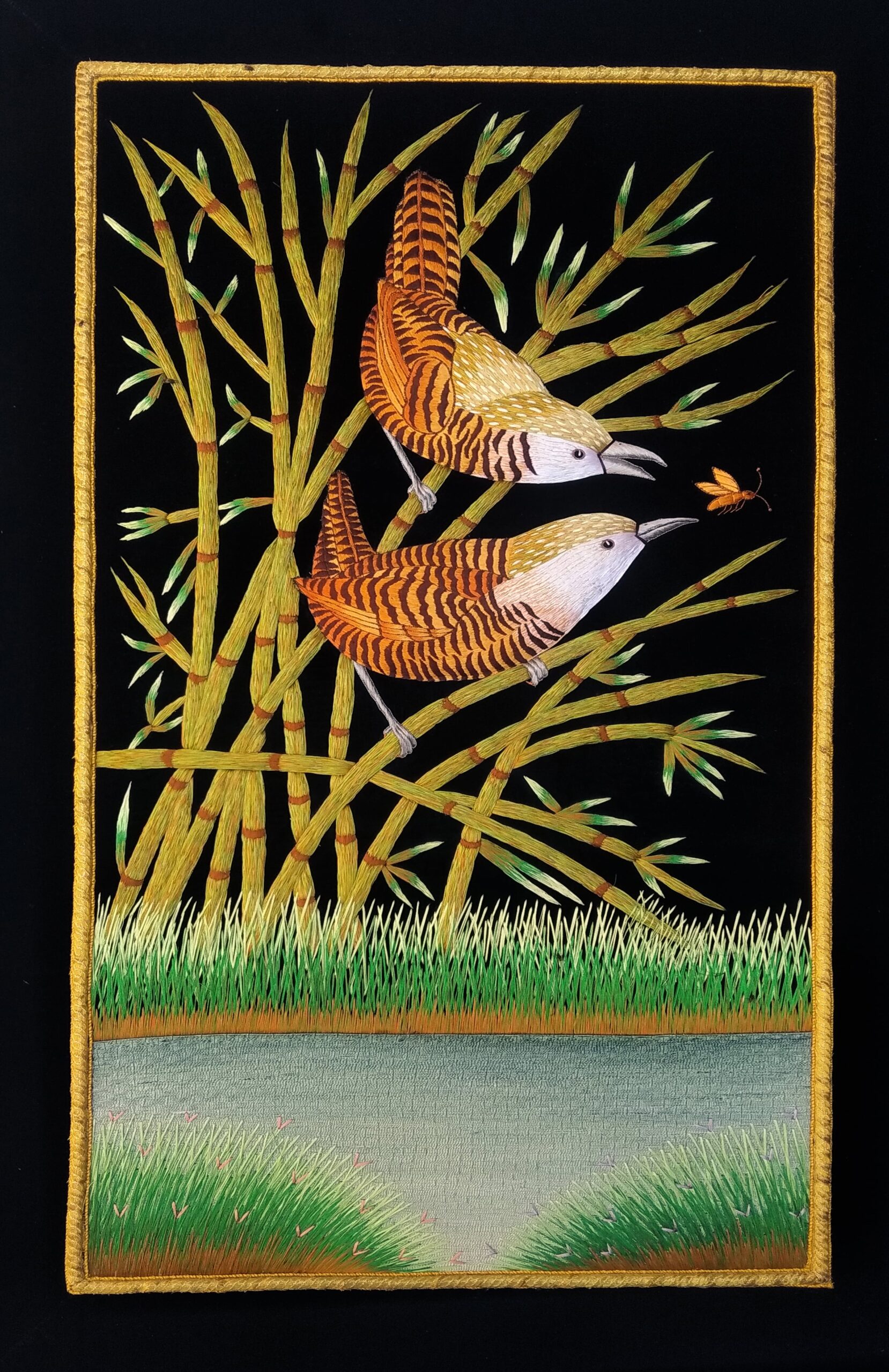 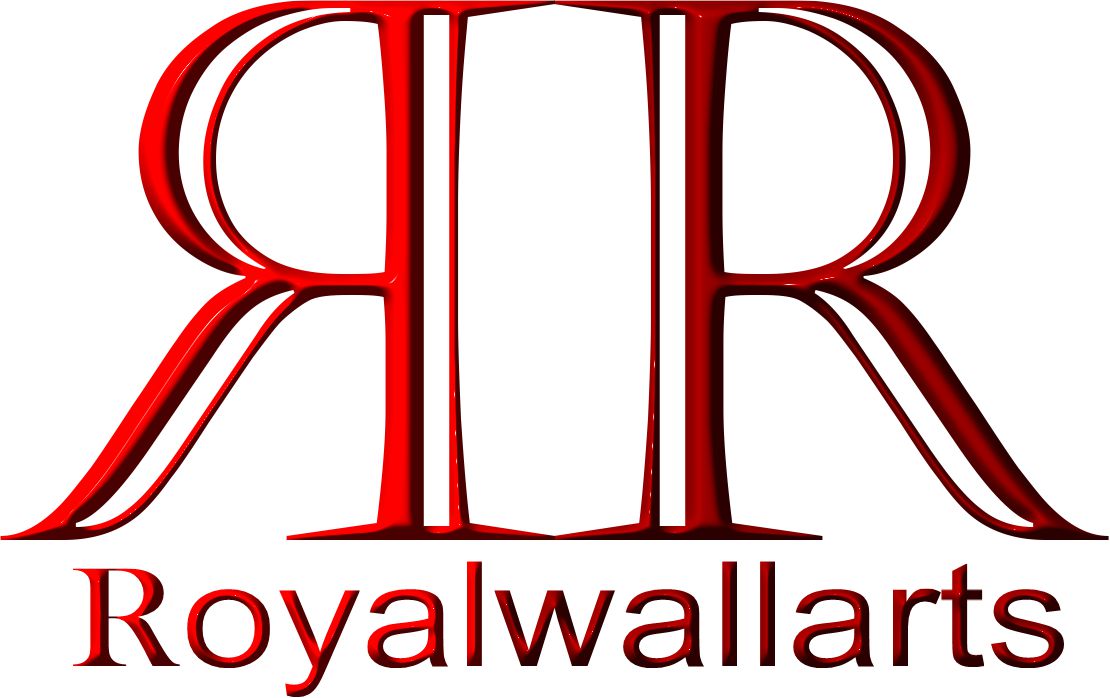